The performing arts includes occupations involved in the creation, development and production of theatrical and musical performances. Includes workers at practice halls, studios and performance venues. 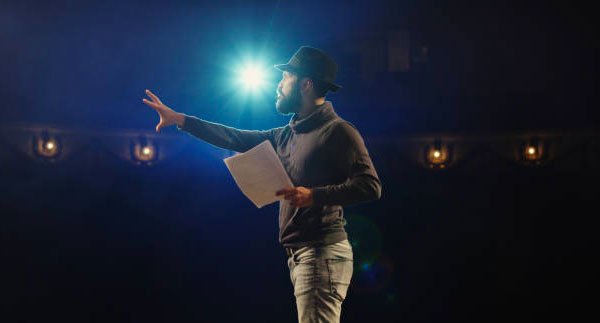 Description:
Play parts in stage, television, radio, video, or film productions, or other settings for entertainment, information, or instruction. Interpret serious or comic role by speech, gesture, and body movement to entertain or inform audience. May dance and sing.

Description:
Apply makeup to performers to reflect period, setting, and situation of their role.

Learn more about the careers above and others in this sector by visiting the Virginia Education Wizard.